In front of Singha Durbar: Nepali people are constantly pressurizing to their leaders who have assumed the responsibility of fulfilling their aspirations. Pics by Wagle

The best thing about democracy is that it lets people have their say. Another hallmark is that the folks at the government can’t stop people from raising their voices. Here is an example. Protests right in front of the gate of Singha Durbar yesterday and today signal the arrival of free days. In the days of autocracy of king Gyanendra, the government declared many places of Kathmandu restricted for public demonstrations. No one could have even imagined of protesting freely at the west gate of Singha Durbar like hundreds of protesters did yesterday and this afternoon. This right to protest really makes difference. 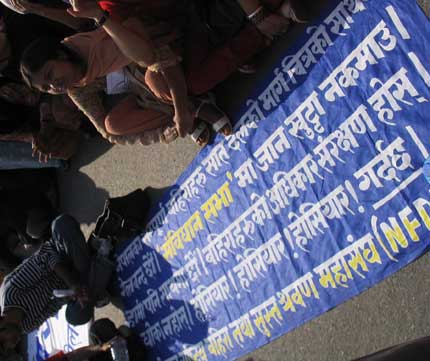 These are the people who fought for freedom and now they are warning their own government to work for people. They were carrying placards that said not to promote corrupt politicians, not to forget the agendas of the Jana Andolaan (Peoples’ Movement). And of course, they were saying that all they want is to see Nepal without monarchy. Here are a few images from today’s gathering in front of Singha Durbar. 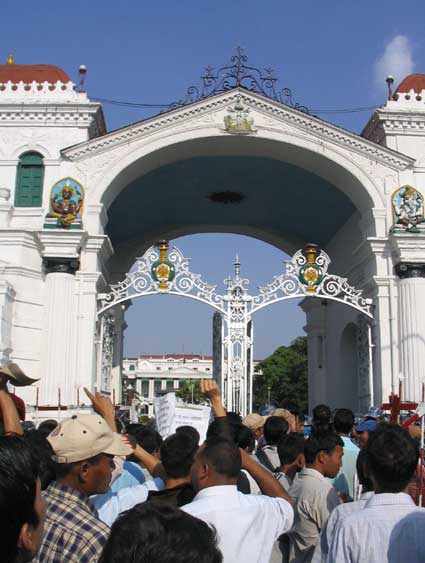 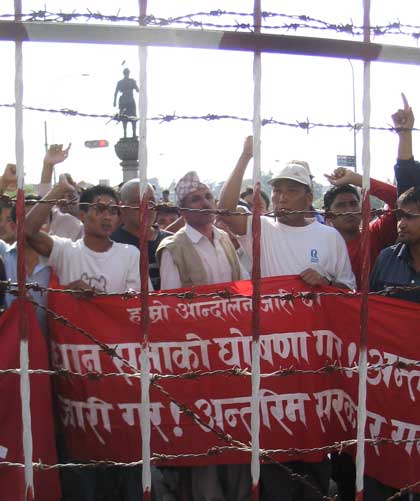 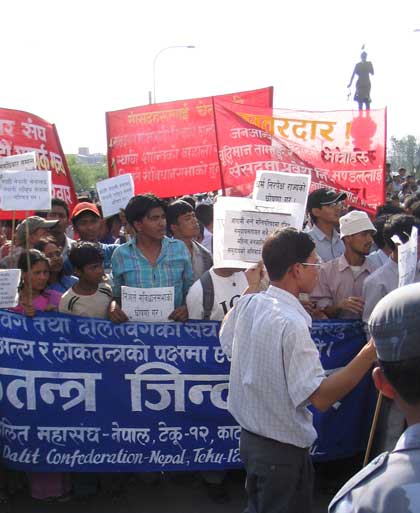 162 thoughts on “Monitoring Leaders From The Streets”