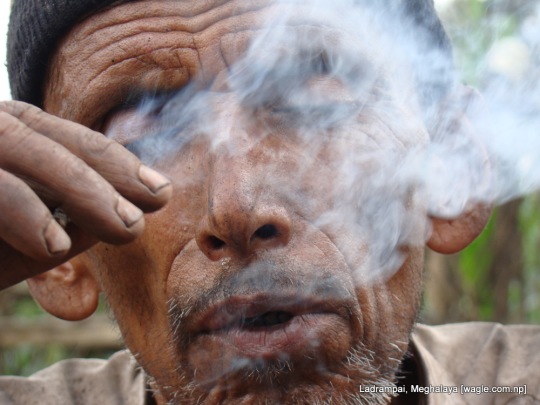 JUN 05- During the course of my week-long stay in Shillong (and other parts of Meghalaya and Assam) I interacted with many Gorkhas and Nepalis both in their homes and offices. Some of them came to see me at the guest house in Jhalupara where I was staying. Jhalupara neighbourhood resembles most Nepali towns where Narayan Gopal blares at the music kiosk and youths playing Counter Strike video game scream Nepali expletives. A person I was meeting at the guest house called me beforehand to ask an unexpected question: “Do you think you are being followed by the Meghalayan intelligence?”

The person had more questions later when we met: Why do you think Nepalis are harassed in Meghalaya when they intensify their demand for statehood in Darjeeling? Why were Nepalis evicted from Bhutan around the time Gorkhas were agitating in Darjeeling? Who really killed Madan Tamang (two weeks ago in a gruesome day-light murder in Darjeeling) at a time when the Gorkhaland movement had reached a crucial stage? Don’t you think the Indian government is unnecessarily worried about the possible movement for greater Nepal (of pre-Sugauli treaty days)? Don’t you think the Indian establishment is doing injustice to Nepali speaking Indians by not trusting their commitment to the Indian union?

“Look, I am not a Nepali,” he said. “I am an Indian with Nepali blood flowing in my veins. That blood boils when the so-called mainland Indians question my Indianness. I can’t hide my eyes, my nose and my tone, can I? , They keep looking for opportunities to associate us with Nepal and make a point that we are not Indians. I tell them we are not plants for whom roots are a matter of life and death. I was born in India like my father. So I am an Indian.Nepalis, let alone Gorkhas like us who are Indians of Nepali origin, are dying or ready to sacrifice their lives to defend you and your borders. Don’t question our commitment to India- I tell them.”

That is why Nepali speaking Indians are looking for an identity that retains their Nepali connection and remembers their glorious history but, they hope, portrays them as Indians. Thus the change in telephone greeting. The chief of the volunteering unit of Guwahati-based All Assam Gorkha Student Union no longer says ‘hello’. “Jai Gorkha,” he thunders if the person on the other end is a Nepali speaker, especially from northeast and Darjeeling area of India. “We are not Nepalis,” he says. “We are Gorkhas.” 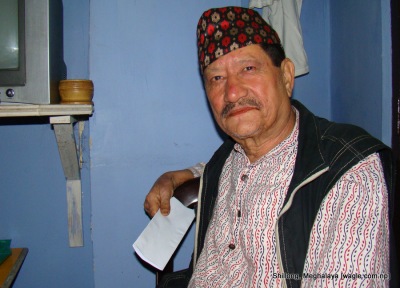 Some Gorkhas feel the free movement of Nepalis into India is creating confusion among Indians as to which Nepali speaker is a Nepali and which is an Indian. They believe the 1950 Indo-Nepal treaty of peace and friendship that allows visa-free movement of citizens between two countries is the root cause of the problem. “We have been demanding the abrogation of the treaty and the implementation of a visa system since 1985,” said Bir Bahadur Chhetri, president of the Meghalaya unit of Bharatiya Gorkha Parisangh and ex-Bharatiya Janata Party leader in the state. Some Khasi organizations are also demanding the same. They argue that the treaty shouldn’t be implemented in Meghalaya. Other Gorkhas, under pressure from Khasis, issued a statement two weeks ago demanding abrogation the treaty when the situation was tense in Meghalaya. (Khasis were attacking and killing Nepalis and Gorkhas alike to avenge the May 14 Lampi (or Langpih) firing in which Assam police killed four Khasis who were part of the mob that attacked Gorkhas and police in the village that is claimed by both Assam and Meghalaya.)

“These people who call themselves Gorkhas look down upon Nepalis,” said Yubaraj Acharya, vice president of the northeast unit of pro-CPN UML Migrant Nepali Association, India. “Khasis don’t separate Nepalis from Gorkhas while beating, killing and evicting us. They target the Nepali language speaking community. For them all are Nepalis, foreigners. We are all migrants here.”

“But we are not migrants,” countered a Gorkha who was listening to our conversation. “We are Gorkhas. We are Indians, not Nepalis. Yes, the language we speak is Nepali but then English is spoken not just in England but also in America and Australia.”

Nepalis feel India should respect the treaty and ensure their safety as long as the treaty exists. “Nepalis are not secure in the whole of northeast, let alone Meghalaya,” Acharya said. “They are often harassed. The government of India should ensure the safety of Nepalis living in this region.”

Lack of security may be the case for general Nepalis but the government of India, it seems, is very serious about the safety of Nepali diplomats or visiting high-level officials. That is why, perhaps, India rarely allows Nepali diplomats or visiting dignitaries to go to its northeastern region. “Isn’t it ironic that no minister from Nepal has ever visited this region where tens of thousands of Nepalis live and work?” Acharya said. “Well, at least not in Meghalaya where I have been living in the past 45 years except for the SAARC summit a decade ago.”

When the ex Nepali ambassador to India Bhesh Bahadur Thapa visited Guwahati in 2002 he was reportedly the first Nepali envoy to visit the region since 1967. He complained about the uncooperative attitude of the Indian foreign ministry that dissuaded embassy officials from going to the northeast citing the lack of security. Last year two diplomats from the Nepali embassy in Delhi visited Guwahati in their personal capacity to take part in a program that a Guwahati-based literary group had organized with the financial assistance of Nepal-India joint venture BP Koirala Foundation. Later they complained of not being allowed to interact with the Nepali migrants in the city by the ‘organizers’ who, the migrants suspect, were under pressure from the Indian establishment.

Despite all the turmoil on the streets and political instability, Nepal, it seems, is more peaceful and hospitable. Indian envoys are not only allowed to visit but very much welcome in any part of the country including the picturesque Mustang valley bordering China.

“Nepalis are complaining about the lack of interaction with the governments of northeast India and Nepal at the higher levels,” I asked Mukul Sangma, the chief minister of Meghalaya, during an interview at his office. “How do you address that?”

“There will soon be an official interaction at the top level,” he said. “We are organizing an energy summit in Shillong soon. We are expecting high level delegations from Nepal and Bangladesh.”

PS: On the last day of my stay in Shillong, as I was preparing to leave for Guwahati to catch a train to Delhi, a smiling and soft-speaking Gorkha came to see me. “I work for the MHA,” he said meaning India’s Ministry of Home Affairs.

10 thoughts on “Meghalaya Diary: the Gorkhas, Migrant Nepalis and India”