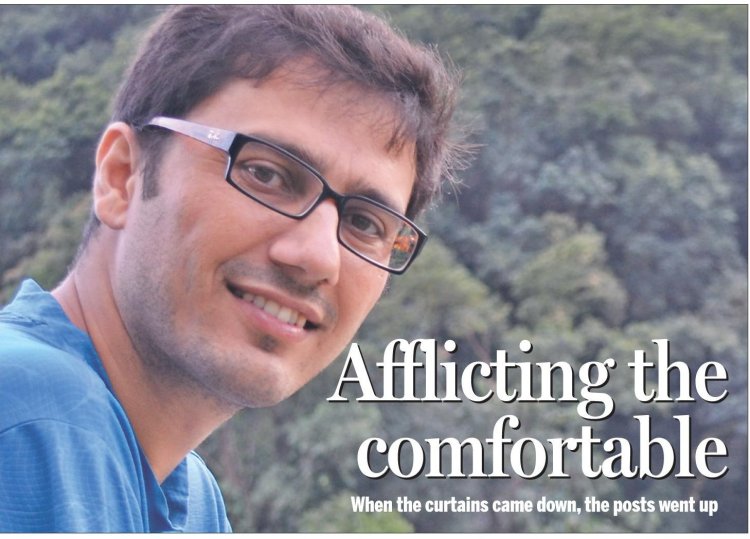 What is United We Blog?

It is a political blog—Nepal’s first—founded on my personal web domain in 2004. Initially it started as a forum to express private feelings and the daily grind lived by journalists and included stories by my friends Ujjwal Acharya and Deepak Adhikari and myself. Later, the site was hosted on blog.com.np and soon became the only uncensored source of political information in Nepal for a while in 2005.

Why did you decide to blog?

I was excited by the new medium of expression. In 2004, I had been a journalist with the mainstream media for seven years, and at that time, the new media was still very new in Nepal. Blogs were the ‘social media’ of that time. They provided additional and unlimited space for expressing ourselves, as opposed to limited print and air space of the old media. This ‘limitless’ space was the second reason for me to start a blog.

The Kathmandu Post celebrates its (and Kantipur’s) 21st anniversary today by publishing a 16-page pullout on Nepal’s social media scene. The supplement, titled “Platforms of Change“, explores how Nepalis are using the Internet and its various platforms mainly to express themselves and to connect and share and debate. In the lead article ‘Teleprinter to Twitter’, Editor-in-Chief Akhilesh Upadhyay talks about the impact of technological changes (and a constitutional provision that guaranteed press freedom) in impressive expansion of Nepal’s media.

I was interviewed by the Post’s Weena Pun on my political blogging and journalism days.

Here’s the page as it appeared in the Post (PDF) and the following is the text:

When the then-king Gyanendra imposed his authoritarian rule in February 2005 and later clamped down on all private media outlets in Nepal, United We Blog became the go-to site for delivering uncensored political news. One of the two co-founders behind the blog, Dinesh Wagle, a former journalist with…