As seen outside the Constituent Assembly complex in New Baneshwor, Kathmandu today. The CA’s term will expire today (midnight) if it is not extended. There are have been signs that it could be extended for a few months. (five pics)

Man is indeed the descendant of monkey: But who cares about plants and garden when your “rights” are at stake, hoina? 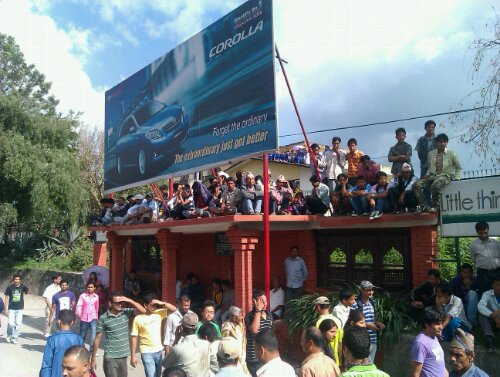 RPP Nepal: I am tempted to say “bunch of thugs”but I’ll not because most of these people are poor and have been brought here from various parts of Nepal BY a bunch of thugs. Thug-in-chief? Kamal Thapa.

Rioters will be washed away…: A riot control vehicle…equipped with water canon