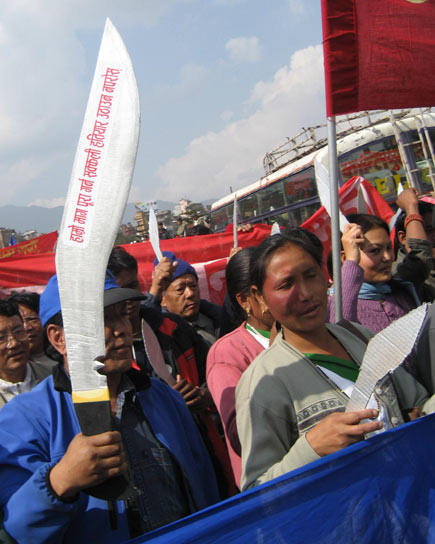 In a spectacular show of Khukuri (or Kukri as they prefer to spell in English), the traditional weapon of Nepalis (Gorkhali), thousands of people organized a rally in Kathmandu to stress on their demand of proportional electoral system for the upcoming elections to the constituent assembly. Thank God, Khukuris were not sakkali, they were all nakkali, made from paper. But words written in a sticker pasted in a big Khukuri clearly said: “We hope we don’t have to raise sakkali weapons to make our demands fulfilled.” The people participating in the rally were either associated with the Federation of Nepali Indigenous Nationalities (FNIN) or supporters of their demands. They also want federal set up in Nepal with greater autonomy. Here are photos from the rally by Ujir Magar 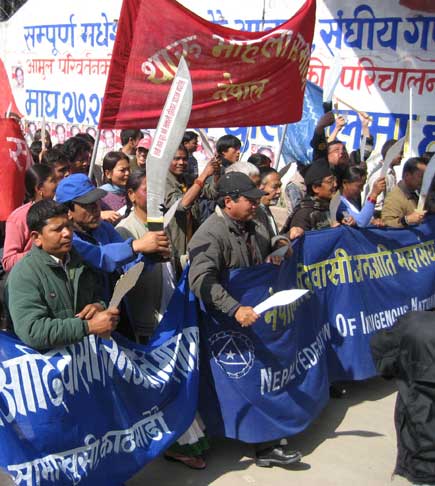 Expressing themselves with Khukuris. Still confused about the spelling Kukri vs Khukuri? “Either way,” they say in this web site, “the thing itself is the renowned national weapon of Nepal and the Gurkhas.” 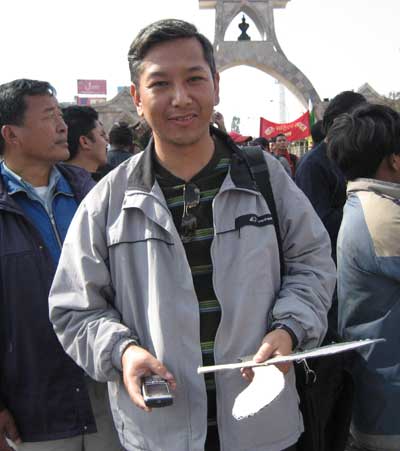 Is he thinking that Khukuri and cell phone go hand in hand in this modern age of technology? 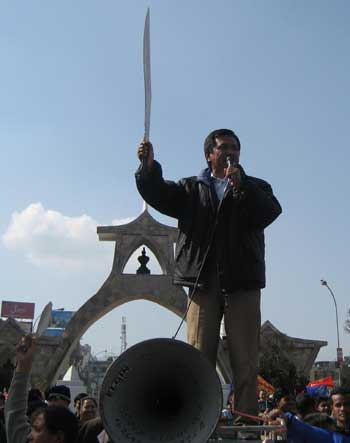 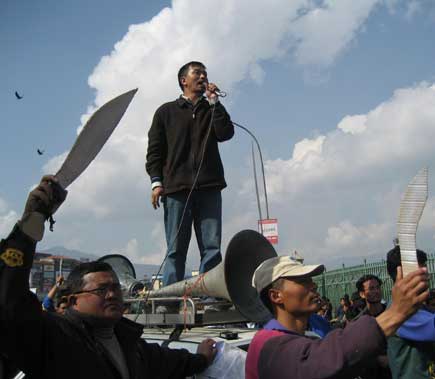 As he speaks, they demonstrate their power 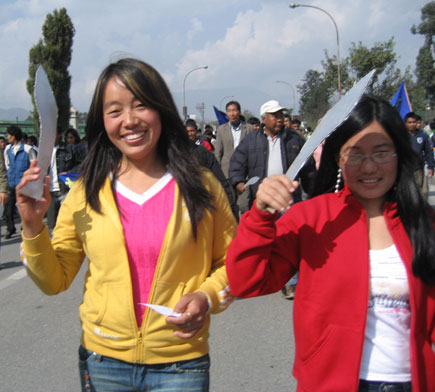