Comrades, look at his eyes, if you can 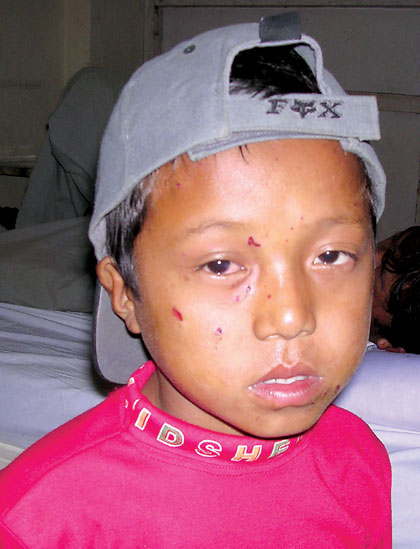 His Story: His name is Sanjeev Kumar. He is eight years old. What happened to him? Ask the Maoist comrades. Okay, even if they don’t tell us, the boy will definitely reveal the truth. Here is the story: He got injured this Saturday after a socket bomb left by the rebels went off. This photo was taken when he was undergoing treatment in Damauli hospital. Small pieces of bombs have entered inside his right eye according to doctors. 16-year-old boy Som Bahadur Thapa was also injured. Pic by Ghanashyam Khadka 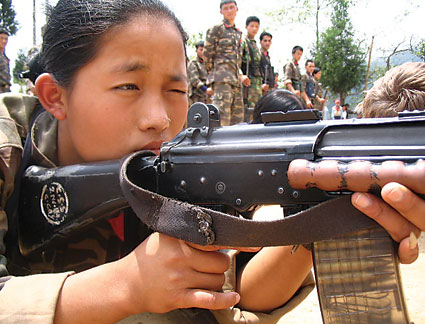 Finding the target: A female Maoist guerilla practices the shooting in an internal training session of the rebel party in a village in eastern district to Ilam. After the announcement of ceasefire guerillas are practicing the fighting tactics in more clandestine way. Pic by Benup Raj Bhattarai 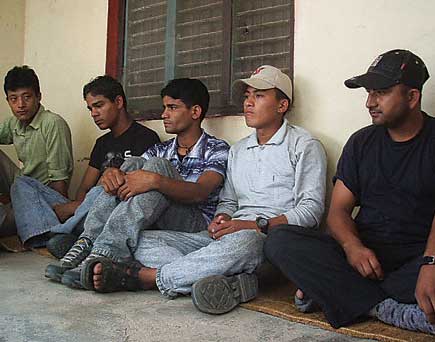 Maoists released five Armed Police Force folks Thursday afternoon. APF personnel were abducted by the rebels from Bhumahi Chwok of Ramnagar VDC-1. They were released amidst a ceremony. But rebels haven’t returned the weapons of police. Maoists claim that policemen were arrested by people who later handed them over to rebels. Pics by Dependra Baduwal 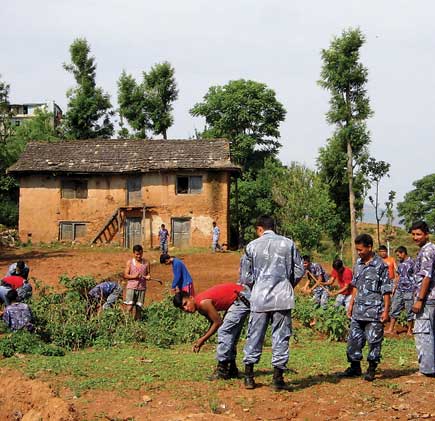 Police personnel are trying to cultivate crop in this land in the district headquarter of Dailekh. This land was barren for eight years because of worsening security situation. After the declaration of ceasefire from both warring sides, police planted different vegetables and corn. Pic by Harihar Singh Rathour 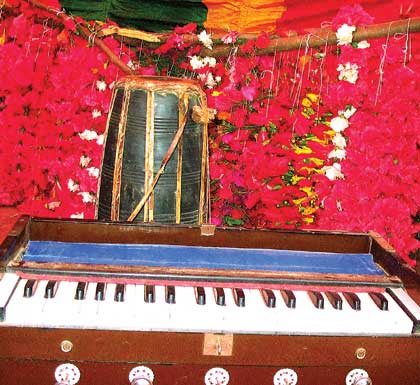 Musical instruments and flowers in a Warning mass meeting organized by Maoists in Bhumai, Nawalparasi. 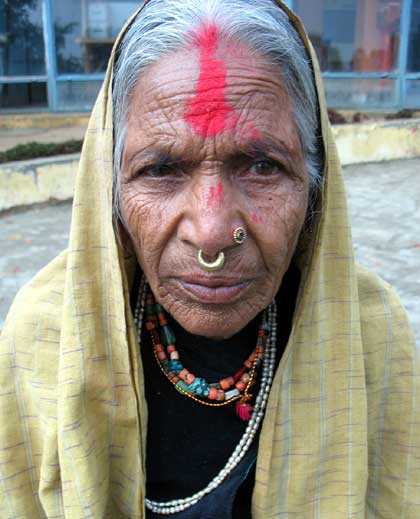 Home Coming: She is Janma Devi Acharya, 75-year-old resident of Kanka Sundari-7, Jumla district. She is returning home five years after being displaced by the conflict. This photo was taken on Friday in Nepaljung airport. The flight cancelled that day because of poor weather. She took the flight next day. Pic by Janak Nepal 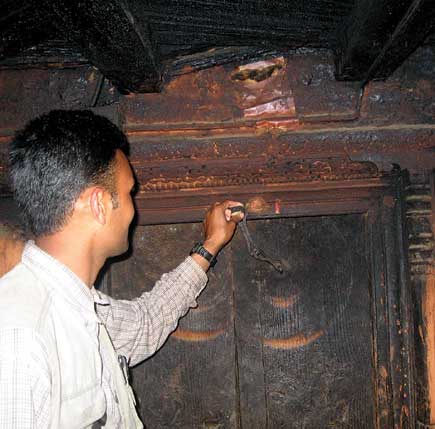 He is Prabhat, member of the district committee of the Maoist party. He is overseeing the unlocking ceremony at the house of Narayan Prasad Sharma, former member of the Parbat District Development Committee located in Khani Gaun-2. The house was locked by rebels three months ago accusing Sharma as a supporter of autocracy. Family members of Sharma were forced to live outside there by facing difficulties. Maoists unlocked the house Thursday in the presence of media persons, human rights activists, and general public after they came under pressure from all walks so society. Pic by Lal Prasad Sharma 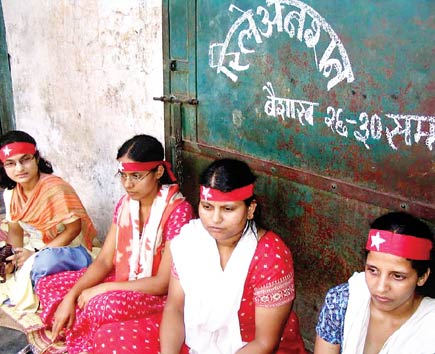 Forty four Maoist cadres have been released until Friday from Bharatpur prison after they created pressure by fasting. But 12 out of 56 detainees are still inside the jail. And they are still continuing their fasting tactic (above). Folks in the photo below were posing for cameras after being released. Pic by Binod Tripathi 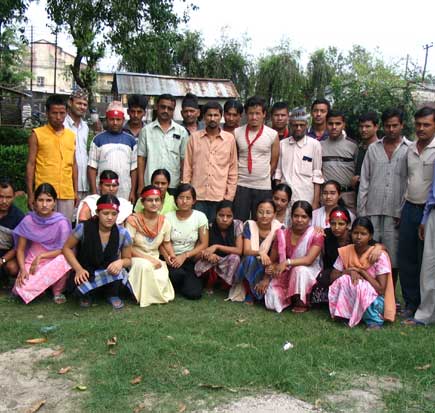 27 thoughts on “The Days Of Maoist Comrades Have Come V”