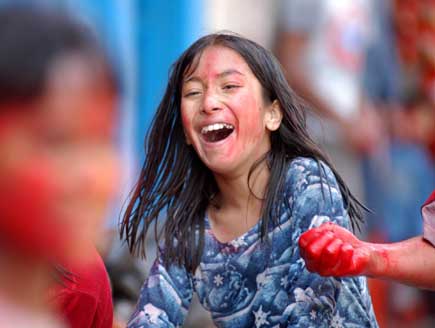 Holi in Nepal has become a new game of egoism between boys and girls. Yes, sexual appeal is there.

People of Nepal with Hindu religion celebrated Holi or the Fagu Purnima, the festival of color (and these days dirty water as well) with full enthusiasm. People in Kathmandu enjoyed the festival totally forgetting that Comrade Maoists are blocking them inside the valley from today. Yes there something historical background behind this festival but in the modern days, throwing colors and colored water has become a kind of “sex-war”, if I can use this term here, between the young folks. I could see boys and girls targeting the water-filled balloon each other.

The nasty thing about this is that girls are in the sufferers’ end. Boys start attacking them with balloons days ahead of the festival day. We saw that yesterday and the day before yesterday when newspapers in Kathmandu published boys harassing girls walking on the streets by throwing water and balloons on them.

Okay, given the chance, girls are also not very much different. They too mercilessly attack boys walking alone on the streets. We can hardly see boys attacking boys with balloons. That is why Holi is becoming a different kind of festival. “Look, look, look,” a colleague in my office was saying the other day pointing out small boys who were throwing balloons to girls of their age. “Even in this age, they know its about throwing balloons over girls.” 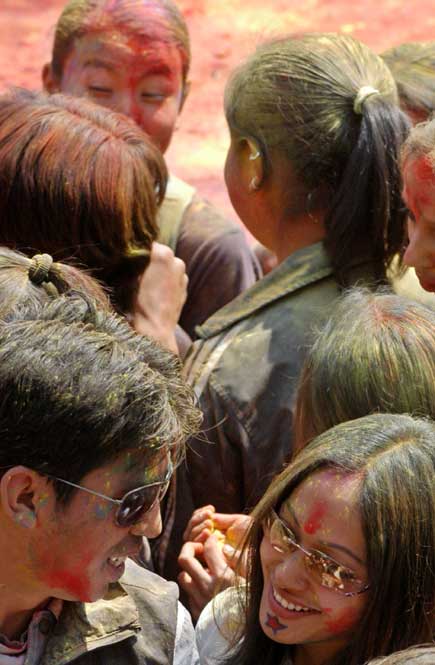 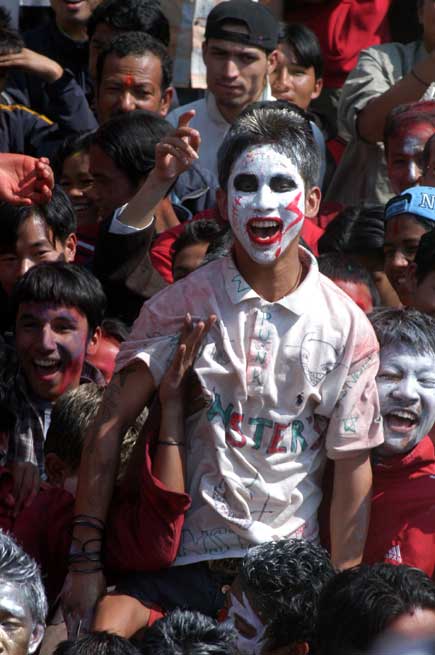 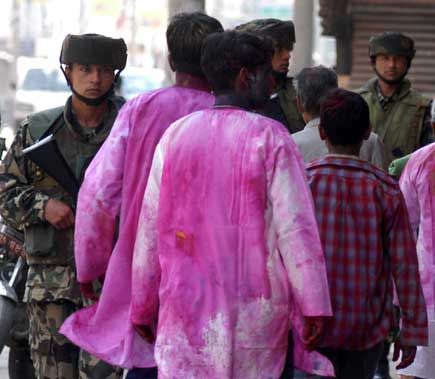 19 thoughts on “Celebrating Holi, the Festival of Color”