There is no Buddha Boy meditating under the Peepal Tree. Searching efforts have begun as Nepalis and interested people around the world question how this happened and where the 16-year-old Ram Bahadur Bomjam might have gone.

A photo blog by Upendra Lamichhane and Shankar Acharya

Look Ma, there is no Buddha Boy. This is the first time in teh last 10 months that a scene like this could be seen under the peepal tree. Otherwise, there would be a boy apparently deeply meditating (see the photo below). He left the venue early Saturday night and hasn’t been seen in the area since then. 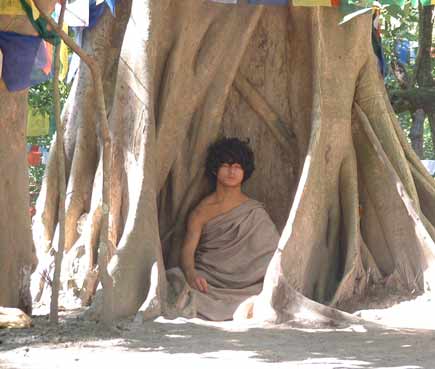 Ram Bahadur Bamjom..the meditating boy under the peepal tree. This scene no doubt has become one of the widely photographed scene in recent times in Nepal. Posters have been circulated in Nepal and people are already wearing lockets with photos of Ram Bahadur Bamjom. Ram, famous as the Buddha Boy or the Little Buddha or the Meditating Boy stayed there meditating for about 10 months “without eating”. 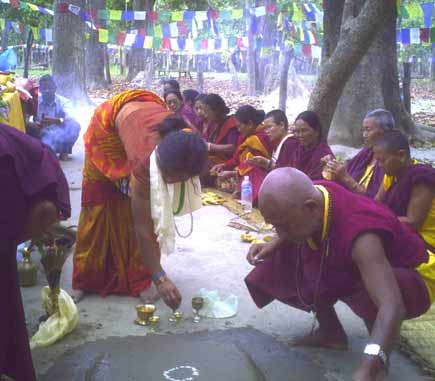 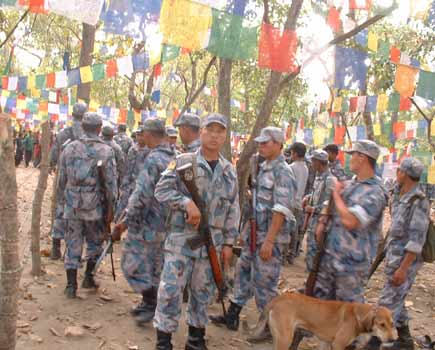 In search of the Buddha Boy.. Members of Armed Police Force patrol the area looking for Ram Bahadur Bamjom after the committee looking after the Buddha Boy requested the police to search the boy. This is the first time police have arrived in this area after the 16-year-old boy started meditating under the peepal tree. The Bara District Administration Office has ordered the seal of different exit points and alerted the police to prevent anyone from abducting the boy and taking him away from the area.

Ram Bahadur Bamjom’s mother sleeps in front of the Peepal Tree under which her famous son used to meditate. She is eagerly waiting for the safe and sound return of the Little Buddha. She said that she is not feeling hungry after hearing the news. She appears to be tired as she hasn’t eaten anything for last two days. 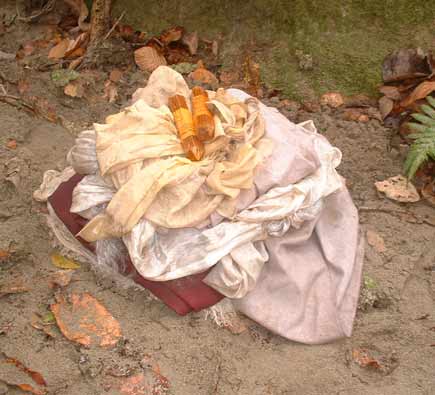 Belongings of the Buddha Boy gathered from the meditation venue

338 thoughts on “Looking For Ram Bahadur Bamjom, the Buddha Boy of Nepal”