Nepalis are celebrating Tihar (or Dipawali, the festival of lights and flowers) all over the country singing and dancing deusi/bhailo and worshipping goddess Laxmi this evening. Texts and all pics by Wagle 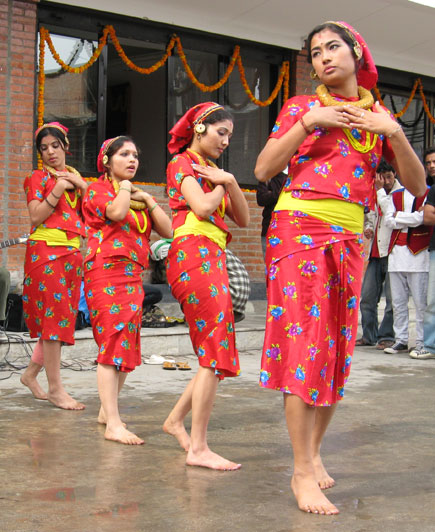 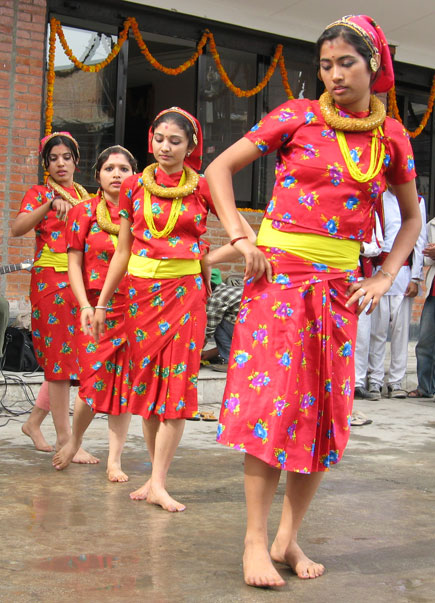 Most of the Deusi/Bhailo songs talk about the political change in the country and stress on the need for the people to get united for further socio-political change in Nepal. Many of the Bhailo programs that I attended today talked about that the revolution is still going on and demanded the country be declared republic. They also hoped to play deusi/bhailo next year in a republic Nepal.

Many of the Maoist sister organizations also organized Desui/bhailo programs in Kathmandu. That was one way of earning money while publicizing their slogans.

Yesterday evening I saw a public Deusi on the street in front of International Convention Center in New Baneshwor where Sisnu Paani Nepal organized a political-social deusi. They posed satires to the political parties and stressed on the need to turn Nepal a republic. 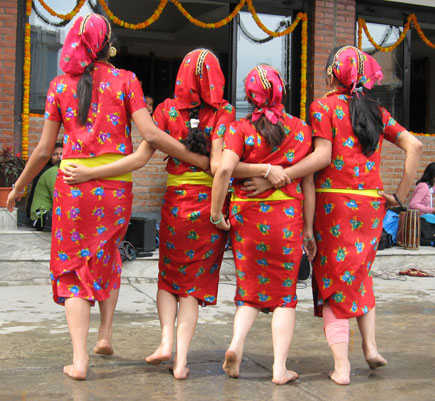 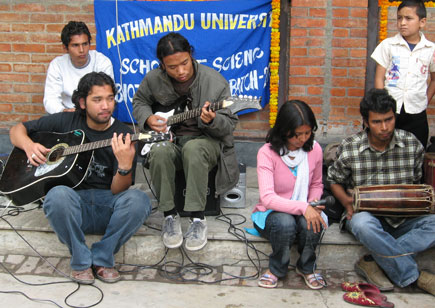 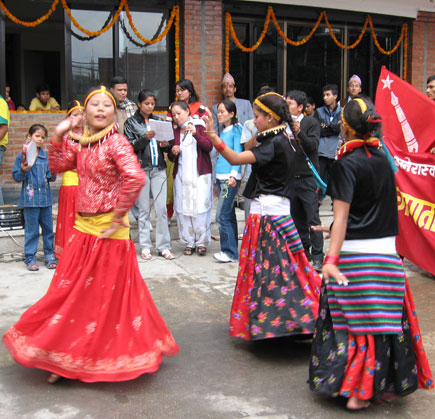 18 thoughts on “See You Again In A Republic Nepal: Deusi Re”