Welcome to our village Mr. Minister! We expect you to increase your assistance to us in the coming days and strengthen the already good relationship between out two great nations! Pics by CSK and DW

“I didn’t think anything boring than roads before I was engaged in the development works,” he said. “Today I think roads are magical things. They can give lives to the rural areas.”

Shahid Malik. The first Muslim minister of Belayet (the United Kingdom) who looks after the Asia in his ministry “Department for International Development” (DFID). The DFID that has been assisting in projects aimed at brining stability in politics to the road constructions has significant presence in Nepal. That is why Malik who came to Nepal last week met and interacted with ‘powerful’ folks of Kathmandu to the ‘deprived’ and ‘illiterate’ ones of Kavre. END_OF_DOCUMENT_TOKEN_TO_BE_REPLACED

Breaking blog: Prime Minister Girija Prasad Koirala, the man who led the historic people’s movement of April 2006 and the country during the past two tumultuous years has announced his resignation in a meeting of the Constitution Assembly that is currently taking place in Kathmandu. Koirala was also assuming the role of acting head of state after the parliament in 2006 suspended the monarchy and before the CA declared Nepal a republic state and introduce the provision of presidential system last month. It’s still unclear whether he has actually tendered the resignation, if yes to whom. As per the interim constitution, the PM should tender the resignation to the President. The President is yet to be elected. The interim constitution is going to be amended for the fourth time in a while by the CA which is expected to pave way for the Maoist, the largest party in the CA, to form the government under the leadership of their chairman Pushpa Kamal Dahal aka Prachanda.

Latest: The CA meeting has been recessed for 45 minutes after the members of CA from Madhesi parties started sloganeering in front of the Chair. They demanded amendment in the constitution that reflects the agreement reached between the agitating Madhesi Janadhikar Forum and the government last year. They said the current amendment proposal tabled by the government yesterday is not sufficient and doesn’t address their demand. 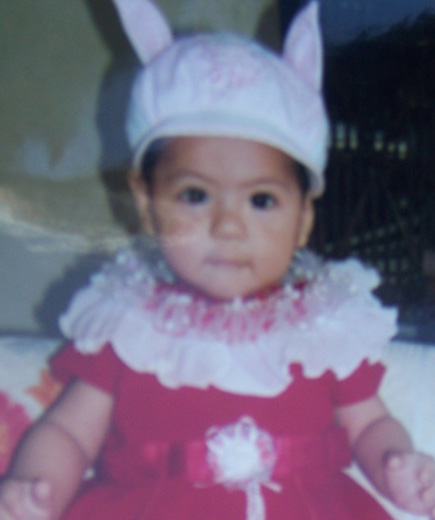 A recent photo of Aradhana. All pics by Kul Chandra Neupane

A toddler who fell into the gorge of Seti River in Pokhara on yesterday was rescued after 22 hours by a teenager. About two and a half years old Aradhana Pradhan, daughter of Aarogya Pradhan of Birouta in Pokhara, was rescued by 13-year old local Kamal Nepali today. The toddler was rushed to Gandaki Regional Hospital for treatment. Local army personnel and police officers along with five canyoning team sent from the capital helped in the rescue process. They were mobilised at the site since yesterday for the rescue of the minor, who fell about 60 meters down from the ground following her father. END_OF_DOCUMENT_TOKEN_TO_BE_REPLACED

This is a serious incident that took place yesterday in Nepalgunj . This is a fact that juniors are treated by many seniors very lowly and without any dignity in all security organizations including Nepali Army, Nepal Police and Armed Police Force. They should learn that juniors are not their slaves. If this incident is instigated by the Maoists as has been suspected because of the pro-Maoist slogans heard in the barracks then that deserves condemnation. We can only hope that this revolt will be an eye-opening for those senior officers in the security organizations. We also hope that this incident will not lead anarchy in the security organizations that demand high level of discipline and command and control but to the reforms within the organizations. Read the following news reports, the first is the latest, to learn more about the incident: END_OF_DOCUMENT_TOKEN_TO_BE_REPLACED

Did you know that at least five different organizations and groups had separately called the banda (strike) today in Kathmandu ? Well, that could be more or less by a group of two but just a quick reminder: there was strike in Kathmandu yesterday as well called by more than one group. Then there was severe traffic disturbance in certain parts of Kathmandu the day before yesterday.

Today: Public transport in the Bagmati zone came to a grinding halt on Sunday, the second day of the indefinite vehicle strike called by transport entrepreneurs who have rejected the government’s 25 percent increase in transport fares calling it insufficient.No public vehicles were seen plying the roads in Lalitpur, Kathmandu and Bhaktapur districts. Long-distance transportation has also been affected due to the strike in the capital.

At least four strikes – Valley and Nepal bandas — in a month and many more in the making. As if the rest of the country felt left out in the Valley-only transport strike yesterday called by student unions and transporters’ unions. Starting today, the entire country could be hit by chakka jams and road obstructions if transport entrepreneurs have their way and the law continues to look the other way. The transporters and students will have additional company beginning today- petroleum dealers and petro-product carriers, all of them contributing in their own ways to make life more difficult for the man in the street. Besides, eight student unions affiliated to political parties and transport unions like the Federation of National Transport Entrepreneurs (FNTE), Nepal Petroleum Dealers’ Association (NPDA) and Federation of Nepal Petroleum Supply Entrepreneurs (NPSE) will also join the fray today. END_OF_DOCUMENT_TOKEN_TO_BE_REPLACED

History is replete with instances of failure to facilitate the process of democracy. In all these instances, despite the introduction of democracy in Nepal, it became a living proof that the Shah dynasty was an impersonal ideal existence, above all and above the ‘law’ and that all Nepalese would remain loyal, in the accepted sense, to the dynasty. Moreover, Narayanhiti always remained the epicenter of the multi-party democracy of Nepal. Now as the ex-kingdom has revolved into a federal democratic state; it is high time, that the big bosses of nepali politics strengthen coalitions and revise their creed and set themselves right, where they are convinced of their errors in the past. END_OF_DOCUMENT_TOKEN_TO_BE_REPLACED

Traditionally, ambassadors bridge cultural and economic gaps, strengthen ties with the country they represent and shun making any kind of political comments in public. The basic job of ambassadors is to get their government’s message across. All diplomats should respect the integrity and sovereignty of the country where they are posted. They must possess the ability to comment on negative situations in a tactful manner, to refrain from speaking negatively in public about anyone or anything, and to draw discreet attention to something that is considered wrong or to highlight it through anecdotes. END_OF_DOCUMENT_TOKEN_TO_BE_REPLACED

Nepal’s deposed king has left the royal palace for the last time but has no plans to leave the Himalayan country. Former King Gyanendra says he wants to stay to “help establish peace” as the country moves from a monarchy to a republic. Hundreds of people came to see Gyanendra leave Katmandu’s royal palace Wednesday night. His departure marks the end of the final chapter of the world’s last Hindu monarchy. The Press statement from former His Majesty Gyanendra Bir Bikram Shahdev, King of Nepal is below.[This statement was read by Shah in his press conference today in Narayanhitti palace]

[1. Here is the original press statement in Nepali
2. And here is the live reporting from inside the Kanski hall of Narayanhitti palace where former king read out the statement and the scenes at the gate of the palace]

This country which came into being 240 years back as a garden of four castes and thirty-six sub castes as imagined and established by our ancestor His Majesty, the Great King Prithivi Narayan Shah, is going through a period of very serious and sensitive upheaval. It is well known that the Nepalese Monarchy which has always been activised for the people’s prosperity and progress has always been working together and cooperating with the happiness and woes of Nepalese people. Burning examples of that are unification, preservation of nationalism, democratization, and modernization through the united efforts of the king and national integrity as equivalent to the value of our lives. Our committed energized feelings towards these values and standards have remained constant from the past and are equally strong in the present and will remain so in the future. END_OF_DOCUMENT_TOKEN_TO_BE_REPLACED

View from the other side. by Krishna Giri in Canberra

I do not want to craft any statement on the legitimacy of the declaration of the ‘Republic’. The country is now a ‘Republic’. Chief Justice Kedar Giri had no guts to discuss the legitimacy of this historic event and put aside the writ to prove that the country has no ‘rule of law’. The country is being ruled by Maoist bullying overshadowed by Indian and western interference. Nepal has become a strategic play ground to play ‘dirty politics’ for neighbours and westerners. There are few reasons: END_OF_DOCUMENT_TOKEN_TO_BE_REPLACED

Propelled by the a strong growth in both the agriculture and non-agriculture sectors, the long-ailing economy has bounced back to record 5.56 percent growth in the current fiscal year, highest economic expansion in last the seven years. With the growth, the total size of Nepali economy in producers’ price has scaled up to Rs 828.8 billion (US$12.80 billion) while the per capita income has also increased by around 11 percent to Rs 30,361 per year (470 US$). However, with the creeping inflation, which is around 9 percent, the real purchasing capacity of Nepali consumers is estimated to grow marginally in the year. According to a preliminary estimate of national accounts prepared by the Central Bureau of Statistics (CBS), agriculture sector, which contributes 32 percent to national economy, grew by 5.65 percent while the growth of non-agriculture sector was around 5.52 percent. END_OF_DOCUMENT_TOKEN_TO_BE_REPLACED