Conducts against the election code of conduct: This ‘Constituent Assembly Member Election 2008 Observation Bulletin’ was prepared by the National Election Monitoring Alliance (NEMA) on April 6, 2008. 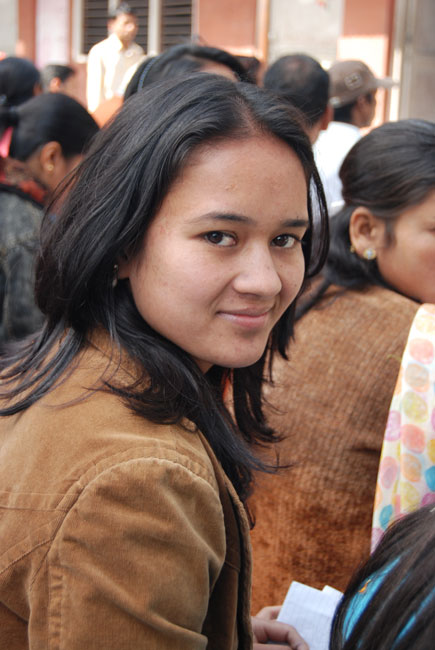 Apart from observing the CA election, Sushma KC, 21, is eager to vote for the first time. “I am very much excited. I was 11 in the last election. Now I have the right (to cast vote) and I want to use that.”

In this election season ‘busyness’ is not limited inside the central office of the Election Commission in Kantipath. Hariram Poudel and Krishna Subedi were fully engaged in a chocked up room of a small house in front of that familiar big building across the Kantipath street END_OF_DOCUMENT_TOKEN_TO_BE_REPLACED

Conditions for Constituent Assembly election on 10 April 2008: a report by by the United Nations Mission in Nepal (UNMIN), in conjunction with the Office of the High Commissioner for Human Rights (OHCHR) in Nepal

The momentum for the election has continued during the past week. Positive developments included a recommitment by three major parties of the Seven-Party Alliance to campaign peacefully and cooperate at the district level. However these commitments need to translate into reality on the ground – which has too often not been the case. While campaigning was peaceful in many constituencies, incidents of election-related violence and intimidation by party workers continued, with frequent and sometimes severe clashes between political parties in many districts. The Young Communist League and other Maoist cadres continued to be involved in the largest proportion of these incidents. There is also mounting evidence of State resources being deployed for partisan ends.

Perhaps the most positive feature of the last week was the restraint and responsibility demonstrated in the face of the deliberately provocative bombing of a mosque in Biratnagar on 29 March, which caused the deaths of two persons and injuries to others. The Nepal Defense Army claimed responsibility for the attack. The people of Biratnagar resisted the apparent attempt to incite inter-communal violence and responded with moderation and dignity. END_OF_DOCUMENT_TOKEN_TO_BE_REPLACED